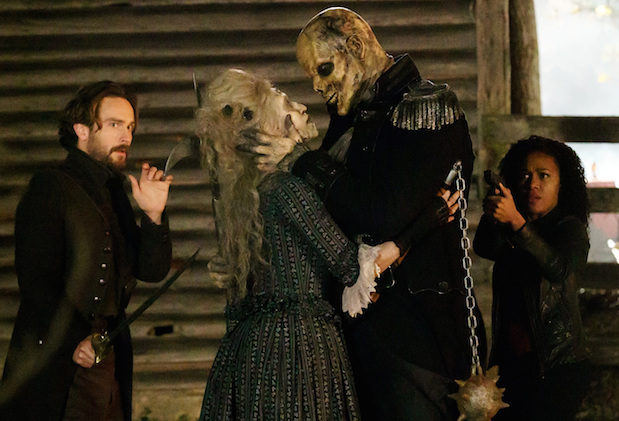 Okay, loved this episode of Sleepy Hollow. Here are my pre-recap stream-of-consciousness ramblings.

What did you think? Comments don’t appear right away, but we promise we’ll get to them.

Okay, let's talk about Abbie's face when she gets a glimpse of Crane's projection. So full of hope and just...