Power News and “No Friends on the Street” Preview 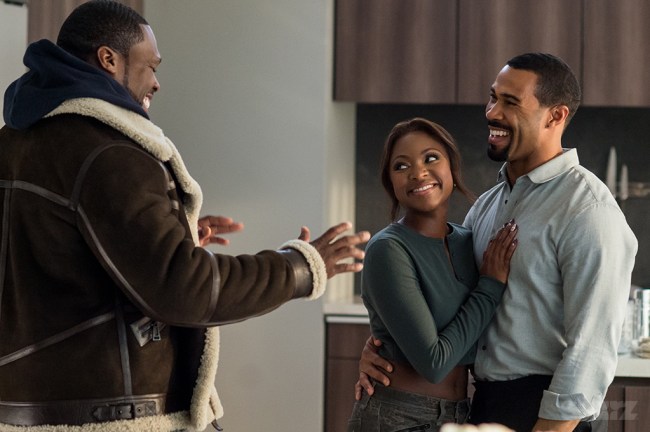 In a statement, executvive producer and star Curtis “50 Cent” Jackson, who plays cutthroat parolee, Kanan, said, “Power is a project I have been passionate about since day one,” adding, “I am glad the audience loves the show as much as we do, and we are just getting started.”

Did last week’s episode have you on the edge-of-your-seat? Me too! When Tommy told Jamie that his mistress Angela’s a fed, I may or may not have disturbed the neighbors with a lot of, “OMG!” and “OMFG!” shrieks. (Mr. & Mrs. TV Recapprers’ Delight live in a pad with thin walls.)

That vulture Simon Stern is making a, well, power-grab to take control of Jamie’s club, Truth. Here’s a peek at what’s ahead on tomorrow night’s episode, “No Friends on the Street.”

Ghost also has to deal with Kanan, who has been released from prison after ten years. He seems like the type to nurse a grudge.

Power airs on Saturdays at 9ET/PT time on Starz.

Jamie's high school sweetheart walked into Truth and away with his heart. She's a federal prosecutor and a part of...