Rating the Mr. Right Nows on Girlfriends’ Guide to Divorce 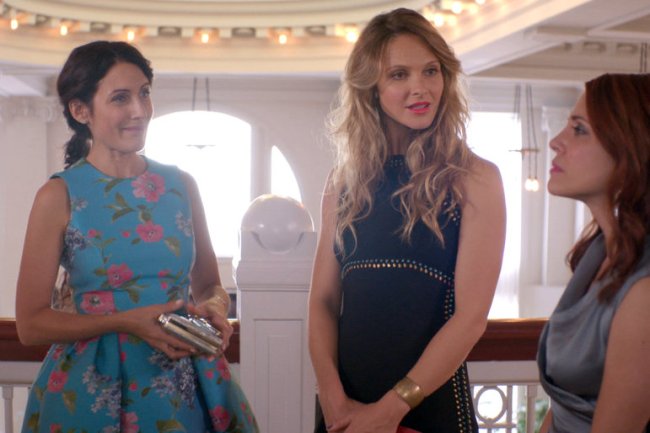 The takeaway from the latest Girlfriends’ Guide to Divorce episode, “Rule #81 There’s No Crying in Porn,” is that sometimes a man who looks good on paper isn’t all that he’s cracked up to be and a man who looks iffy on paper can exceed expectations. Exhibit A: Abby’s new guy, Dr. Harris,  is smart, attractive, wealthy, a career success and has a kind side; he was really sweet about her crying jag on their first date and even sent flowers. The doc can also take you to the White House Correspondents’ Dinner. But he didn’t take Abby, which is not cool because he brought it up to her, said he needed a date and ended up taking another woman. That’s kind of jerky. Why get her hopes up? Dr. Harris is not Mr. Right.  Here are the GG2D guys who are all wrong but the best Mr. Right Nows. 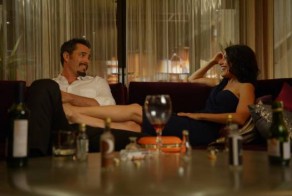 Carl: Downside: He’s a Vegas paid companion. Upside: He’s played by Victor Webster. Downside: He’s in a relationship. Upside: He’s played by Victor Webster and it’s an open relationship. Carl is willing to spend the night just listening to you and giving you a foot massage. He also offers Abby some spot-on advice about life and love. Carl is not the best long-term choice for Abby, but she doesn’t cry over him like she does with her estranged husband Jake and there isn’t as much pressure as there was with her ex-cutie Will. Abby is often in a state of confusion about her love life, so Carl makes a promising long-weekend companion when she needs a morale boost and no complications. He won’t get overly attached. And he’s portrayed by Victor Webster. 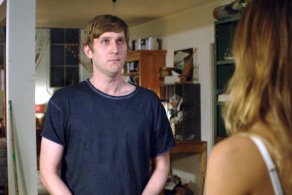 Scott: Jo’s employee at the bakery has some major drawbacks. He can’t keep it zipped and insists on sitting on the counter with a bare bottom, which means you’d have to spend way too much money on sanitizer. Upside: He’s British and has a charming accent and more importantly, he’s a baking superstar. Presumably spending the night with him would lead to waking up with fresh-baked croissants and pastries, which places him higher on the list than Craig and JD. 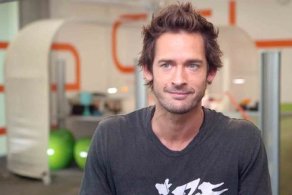 Scott is protective of Jo. He hauled her embarrassing date out of Delia and Gordon’s engagement party and joined Jo’s fight for ownership of the bakery, which her ex-husband and his annoying new wife have been circling like buzzards. Naturally, Scott did it with his pants off, but still, it was a heroic gesture. Scott is probably intrigued by the only woman who doesn’t immediately join him in the supply closet. The forecast for a monogamous relationship isn’t likely, but Scott should definitely be on Jo’s speed-dial as a friend with benefits and champion.

Girlfriends’ Guide to Divorce airs Mondays at 10/9c on Bravo.

More in Girlfriends' Guide to Divorce

On the episode "Rule #79 Labels are for Canned Goods," somebody sent bride-to-be Delia a pretty gift box containing photos...