Are you kidding me? No, seriously, are you just messing with me or what? Did you see the Lyon family’s touching good-bye? Oh, that’s right–there was none. I was a good wife to Andre Lyon, why is there no shrine devoted to me? I did so much for that man. 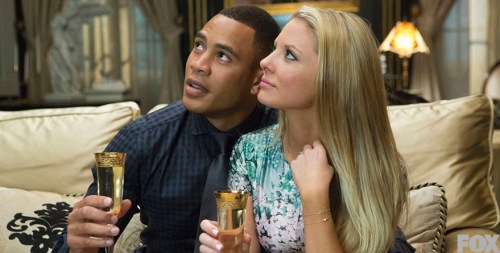 I killed for that man. When my husband was in a tussle with Vernon, I clubbed Vernon with a candlestick — and that’s all she wrote. Did I mention that I was pregnant at the time? I was pregnant when I buried the body in the woods, I was pregnant when I dug up Vernon’s body to get Lucious, my father-in-law, off the hook for murder. It wasn’t all sex and killing either, I stood by Andre’s side to make sure he visited his psychiatrist and took medicine for his bipolar disorder.

So, my supposed best friend, Boo Boo Kitty, pushed me down the stairs causing a miscarriage. I was so enraged that I nearly choked her once I put the pieces together. Yes, she was pregnant when I attacked her, but come on, expectant mothers should be tough. Nobody backed me up, so I did the rational thing and tried to push that bitch off a ledge. As you know, it didn’t work out so now I’m dead.

Did my death get a lot of attention from the Lyon family? No. Did I get a funeral? No. And despite the fall, I was still pretty enough for an open casket. They could at least put my ashes in an urn and display it. The Lyon family screwed me over and the mainstream media did nothing. Since when has the death of a blonde white girl not been the top story? Where was Nancy Grace? Even Fox News ignored it.

So I’ve been haunting Andre. I don’t give a flying fig about the white light, I intend for that man to suffer. Jacob Marley is an amateur. Look out, underworld, sh-t is about to get real.

To read the full Empire recap, head on over to The Root.

We enjoy the witty musings of Empire fans. Comments don’t appear right away, but we promise we’ll get to them.

Why does Lucious wear a hat indoors? Doesn't he know better? He probably eats with his elbows on the table...