I’m excited about this episode — not going to lie! I’ve been following the Ashley I./Jared drama over social media for a year now!

Andrée: I purposefully ignored the previews–straight up left the room. I will not be tricked any longer!

Elaine: I violated the rules and I’m just courting disappointment. I’m sorry, I know the opening is supposed to be humorous, but Evan is going down on a banana. Moving on, Jared and Caila are so adorable together and now they have to be sidetracked by the sideshow freak, Ashley.

Andrée: Ashley I. is so obsessed. So obsessed. She’s the biggest stalker in the world. And still a virgin, I might add. I love that Chris Harrison asked her about the crying.

Elaine: It is quite enjoyable. Ashley I. has turned beclowning herself into a profitable endeavor.

Andrée: Ashley is already crying. It’s been five  minutes. I love that she hunted down Caila and told her not to go on Paradise. The best way to get a guy is to scare off all your potential competition, right?

Elaine: Behind Caila’s smile lurks the heart of a killer. Ashley is playing right into Caila’s cute little hands.

Andrée: Now she is bawling and talking to animals. Sounds about right.

Elaine:  Ashley I. is talking to a producer wearing a parrot costume. Question: Having watched UnReal would you say Ashley just goes on there giving the audience what we want to see? Or do the producers egg her on? That seems unnecessary. I believe that she can humiliate herself without prompting.

Andrée: Well Chad said on his Twitter that Ashley does everything the producers tell her to because they keep telling her she’ll get her own show. Not sure if that is true or not, but if I’m going off what we see on UnReal, I would say it’s 100% true. Ashley I. is so damn pretty but she’s made herself out to be fool so many times on TV now, I’m not sure she has a solid chance at love in life anymore.

Elaine: There’s a lid for every crackpot. Note to self: Follow Chad on Twitter. I don’t have the will to watch that after-show, so I’m not as plugged in as you are. It’s amusing how the arrival of Caila and Ashley have made the other girls so irrelevant. I forgot Sarah was even on the show.

Andrée: Lucky you, any day Sarah isn’t on your mind is a good day. This date with Ashley and Daniel is great. “You interested in having sex anytime soon?” “I swing both ways on Fridays”. Excellent.

Andrée: You are crazy, this is the funniest date I have ever watched in my entire life. Ashley is the ultimate cockblock. She’s off on a date and still causing Jared to get no play. 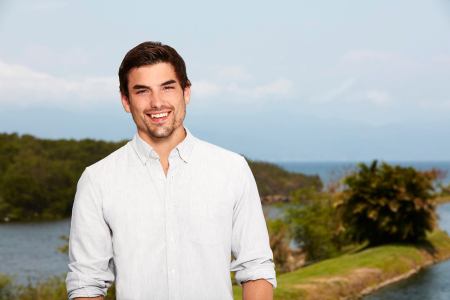 Andrée: Other than Ashley, the only girls Daniel found worthy were the twins, so we know he has no taste. He’s just into the easy lays. Now the performers are sacrificing the virgin. This might be my favorite date in Bachelor in Paradise history. I do not remember this Jen girl at all. Apparently, she is from Ben’s season. No clue.

Elaine: I have a vague memory of her face. Caila said she was the “reserved” one. If only I cared enough to Google.

Andrée: Woah, did Nick just say there is a gratefulness about Jen? As in, she is the grateful type?

Andrée: My bad. I liked gratefulness better. I can’t believe that Evan is dragging Carly to the hospital now. I mean, WTF, dude? You are sucking her in on pity and it’s just the worst.

Elaine: Did Evan claim that he’s taking medicine for his ankles? Evan doesn’t need to use pity, Carly doesn’t have any other options. The men are ready to put the first-week girls on the scrap heap.

Andrée: I don’t like this girl for Nick. She’s boring.

Andrée: Me too,  get the whole drowned rat look going on, it really doesn’t work for me. I hope that Sarah goes home. That’s the only thing l care about with this rose ceremony.

Elaine: It’s time to get rid of some of the originals. Sarah and the twins are past their sell-by date. The men aren’t paying any attention to them. Frankly, Izzy and Vinny and Lace and Grant aren’t doing anything entertaining but I guess the show needs some extras to mill around in the background. The only thing Sarah has done is insert herself into the Chad drama.

Andrée: Nick nailed it on the head with the Ashley/Jared situation. It’s not love. It’s totally an obsession. She needs to hear this.

Elaine: I love Nick for bluntly telling her: “You will never be with Jared.” OMG wish-fulfillment so soon! Okay, I know I’m supposed to ignore the spoilers, but I peeked and it looks like we’re getting some new blood. The show better not punk me. I genuinely enjoyed this episode. You may have converted me into being a true BIP fan.

Horseback riding on the beach! Now there is a fun date! I would fall in love on this date for...